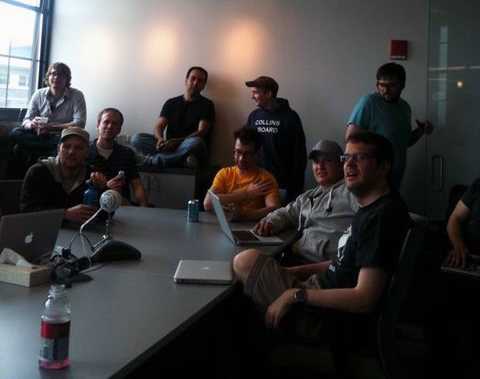 This past weekend, I went to grouponcon which was an Open Space format conference for groupon and obtiva. At 9:30am, we began our Open Space facilitation and determined the direction for the day.

The first talk was a career retrospective of the man: Ward Cunningham. We discussed hypercard, which was his inspiration for wiki. Signature survey where Ward Cunningham talks about writing throw away scripts, and learning by reading the signature of the script. Fit, and finished with a quote by Ward Cunningham ”work effectively on the right thing in a visible way”.

After lunch I joined Matt Puchlerz for an HTML5 discussion. Matt suggested, if you haven’t read Dive into HTML5 that you start. He also pointed out html5shiv which makes IE recognize HTML5 elements. Matt, showed off Blowing up HTML5 video and mapping it into 3D space. This really showed off the power of HTML5. We finished the discussion with westciv and discussing 3D transforming in webkit.

I finished the day up with a discussion on how groupon used Mustache to develop a new secret beta version of groupon that everyone will soon have. Very cool!

Thanks to everyone at Groupon for having me!

If you have any questions or need help pleace contact me.